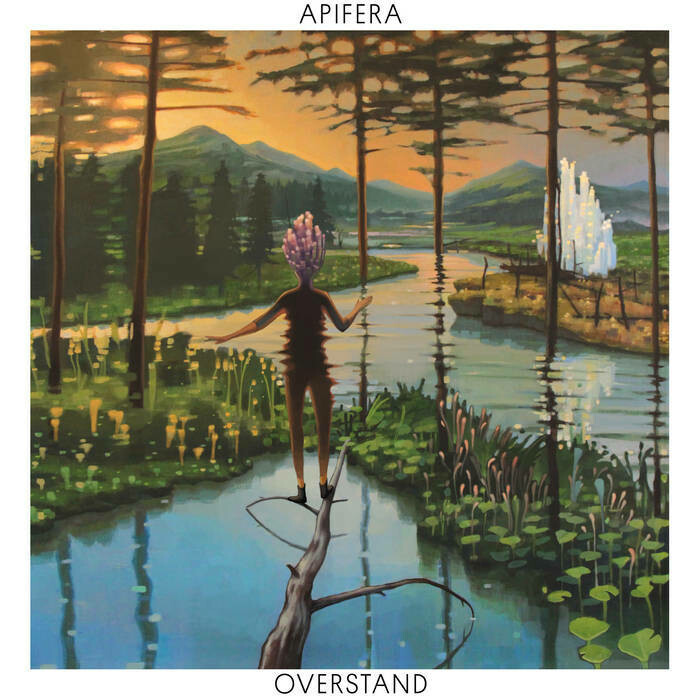 Apifera is the new project of Yuval Havkin aka Rejoicer (keys), Nitai Hershkovits (keys), Amir Bresler (drums) and Yonatan Albalak (bass). Accomplished solo artists in their own right, the four musicians have come together for their debut album Overstand, out this October. Named after a variety of bee-attracting orchid, Apifera create organic-sounding structures, harmonies and arrangements intended to reflect the rich variety and equilibrium of the natural world. While Overstand is the quartet’s first full-length as Apifera, the four artists have played together on several Stones Throw recordings, including for Yuval’s albums as Rejoicer, Energy Dreams and Spiritual Sleaze.

Apifera’s influences range from the folk music of their home country Israel, to Impressionist composers Ravel and Satie, traditional music from Sudan and Ghana, and the transcendental jazz of Sun Ra. Working intuitively, the quartet wrote and recorded Overstand mostly live in just three days, and the final album includes minimal overdubbing. “Orchestrating is a big part of our sound,” says Nitai. “We paid a lot of attention to the textures, discussing timbres and temperatures in detail throughout the recording process.”

Each of the ten free-flowing pieces on Overstand evokes an intricate scene or story: on the title track, a fanfare-like melody builds in an echo of a crowd marching across city streets; “Lake VU” sets the scene of an evening stroll across the lake, and “The Pit & The Beggar”, moves like a spiral staircase into a wide abyss, revealing new colours on every turn — at once ethereal and electrifying.

Drawing on real-life spiritual and psychedelic experiences, often intertwined with nature, as a springboard for their music, Apifera showcases a sound “more like a lucid dream than reality”, as Nitai puts it — free, improvisatory, and live.

“Énék Hamaguro” – Animation by Nice Wach based on the album art by Hillel Eflal. About the track, the band says: “This is a homage to our fans and friends in Tokyo and Nakamaguro neighborhood in particular. It’s an upbeat sonic-jazz jam, which we played and recorded live and also used as a playback on Steve Arrington’s new album, for the song “My Favorite Swing.”