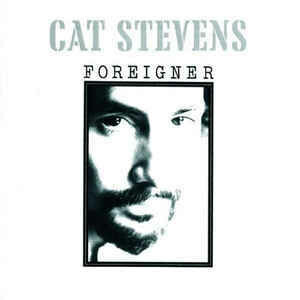 At the pinnacle of Stevens' success with four consecutive platinum and gold albums: Mona Bone Jakon, Tea for the Tillerman, Teaser and the Firecat, and Catch Bull at Four, Stevens had a dedicated audience and fan base who wanted more. However, he himself thought his music too predictable, leaving him in a creative rut. He decided to write and produce his next album himself, surprising many others, given that Alun Davies, his close friend and first guitar in his backing band, and his producer, Paul Samwell-Smith in particular, were instrumental in assisting Stevens to form the definitive signature sound that had brought Stevens to the height of his stardom. Seeking an alternative, he focused on the kinds of music that had begun to inspire him, which he heard on the radio: R&B music.

Bands that moved him included The Blue Notes and Stevie Wonder. Stevens came to realise that the music that he had always loved originated not as rock and roll, but what he had been introduced to as "black music". Lead Belly instantly came to mind, who had been one of his favourites. In his mind, he'd learned about "black music" almost through the back door, while also being moved toward both musicals and acoustic folk music. In deciding to drop all the musical influences in his band, he hoped to foster those early soulful sounds himself. In an interview with Circus Magazine, Stevens said: "If black music was happening, I decided to just get down to it. And because I was a stranger in the world of black sounds, I called the album Foreigner."[2]

Stevens additionally named the album Foreigner, because he took up residency in Brazil as a tax exile. He recorded Foreigner in Jamaica. On 9 November 1973, Stevens performed the song on ABC's In Concert, a 90-minute program they named the Moon & Star, including the full 18-minute "Foreigner Suite" without commercial interruption