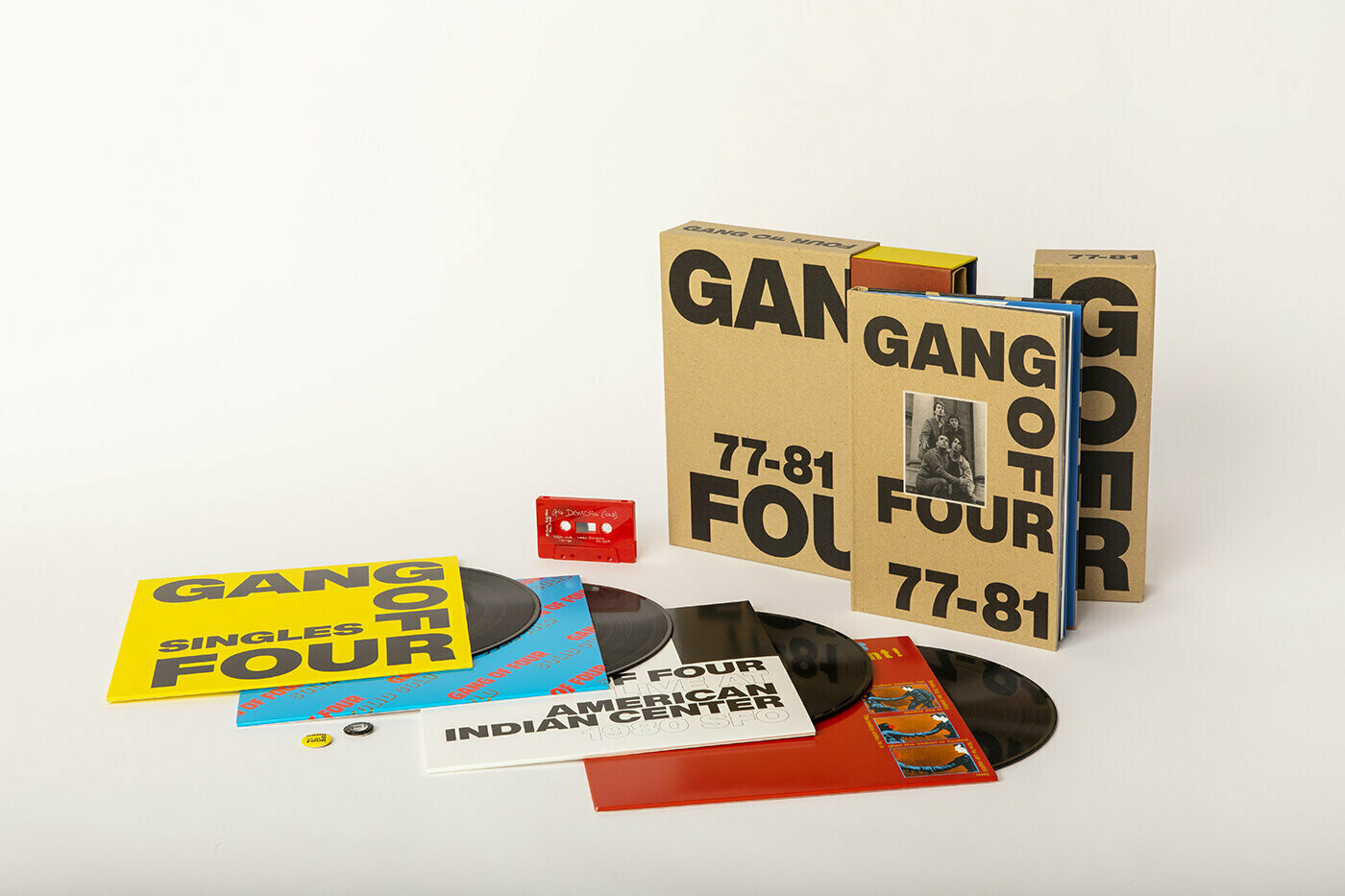 The book details the history and legacy of the original Gang of Four with never before seen photos, contributions from surviving original band members, rare posters, ephemera, flyers, essays, artwork, liner notes and more. It also marks the first official publication of their lyrics.

Gang of Four was formed in Leeds in 1976 by bassist Dave Allen, drummer Hugo Burnham, guitarist Andy Gill, and singer Jon King. The band pioneered a style of music that inverted punk’s blunt and explosive energies — favoring tense rhythms, percussive guitars, and lyrics that traded in Marxist theory and situationism. They put every element of the traditional “rock band” format to question, from notions of harmony and rhythm to presentation and performance.

This original lineup of the band released two monumental albums, Entertainment! (1979) and Solid Gold (1981). A third, Songs of the Free (1982), was recorded with bassist Sara Lee replacing Dave Allen. After Songs Of The Free, Burnham departed the band and Andy Gill and Jon King continued on to release Hard in 1983. After this release, the band broke up. In 2004, the original quartet reformed for tour dates and released Return The Gift (2005).

In the last few years, their songs have continued to resonate with and been sampled by artists far afield from “post-punk,” including Run the Jewels (“The Ground Below”) and Frank Ocean (“Futura Free”). Now forty years since the original release of Entertainment!, Gang of Four’s legacy cannot be overstated.