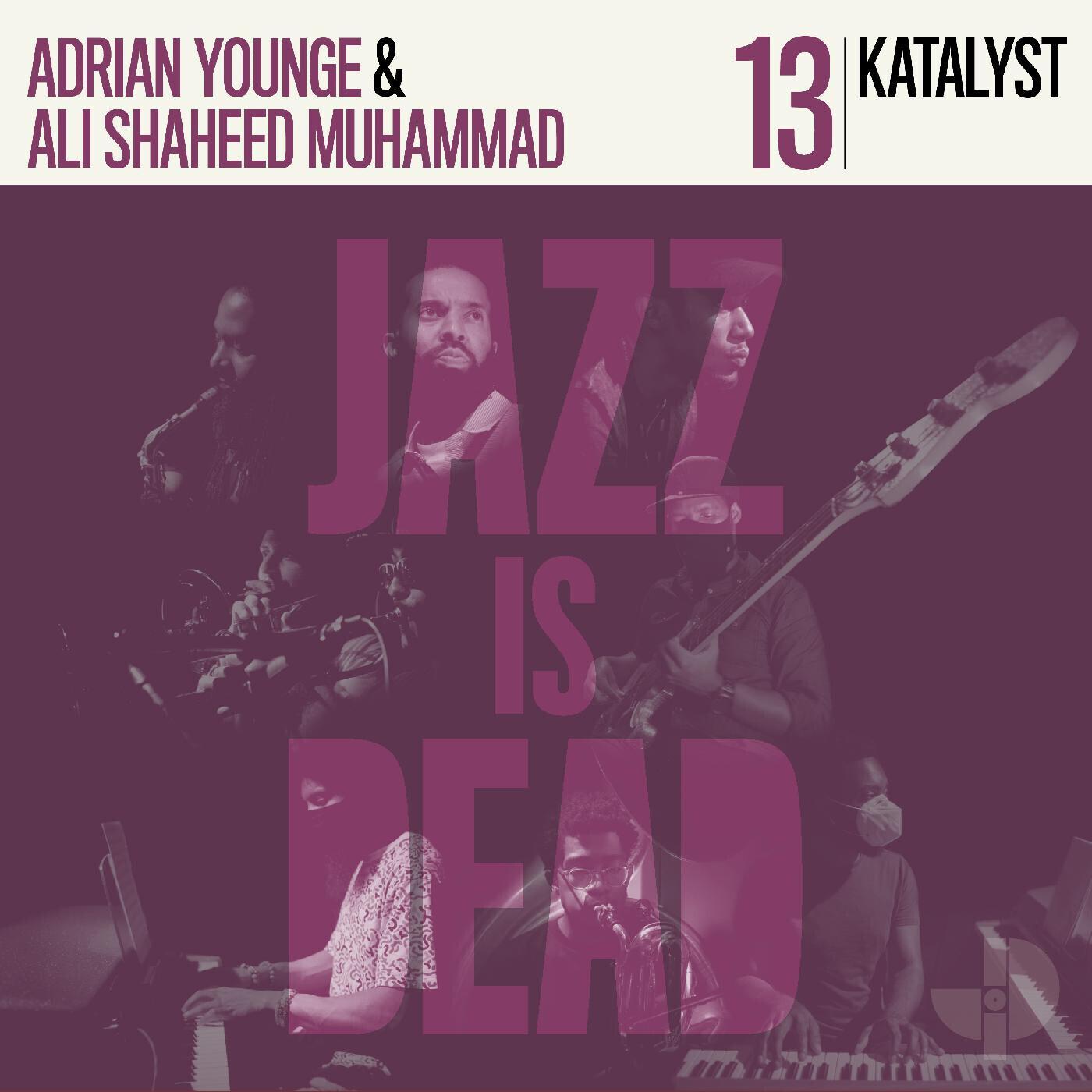 Over the last decade, the Los Angeles-based band Katalyst has carved out

a name for themselves as bearers of the community driven jazz scene,

popping up on major releases while remaining an integral incubator for

outstretched corners of the emerging sound. The group members have

become favorites of Jazz Is Dead, appearing on stage with legends like

Ayers on their respective releases with the label. Here, the nascent

the most exciting emerging groups in the genre.

The web of influences that ties Katalyst together immediately leaps from

the headphones on tracks like “Daybreak” and “Corridors”, which channel

the Soulquarian energy of James Poyser and the late Roy Hargrove, as

Connors. Fluttering in and out of gravity, the drums and keys oscillate

between contemplation and exuberance. The album’s first single

“Juneteenth” is a triumphant celebratory number, a commemoration of a

history that has long been obscured and outright denied, featuring

swooping horns and stomping percussion. On “Summer Solstice”, the group

channels the distinct smell of ocean breeze. “Dogon Cypher” is taut and

precise, while maintaining the group’s spontaneity, the kinetic

contemporary Angeleno jazz innovators the West Coast Get Down. There may

be no better introductory track to the group than album opener, “The

Avenues”, an inspiring four minutes that captures the ensemble’s wide

influences and makes an unimpeachable case for their ascendancy, with

flourishes of DJ Premier and Pharoah Sanders. That same energy is

bookended by album closer “Reflections”, a dreamlike summation of the