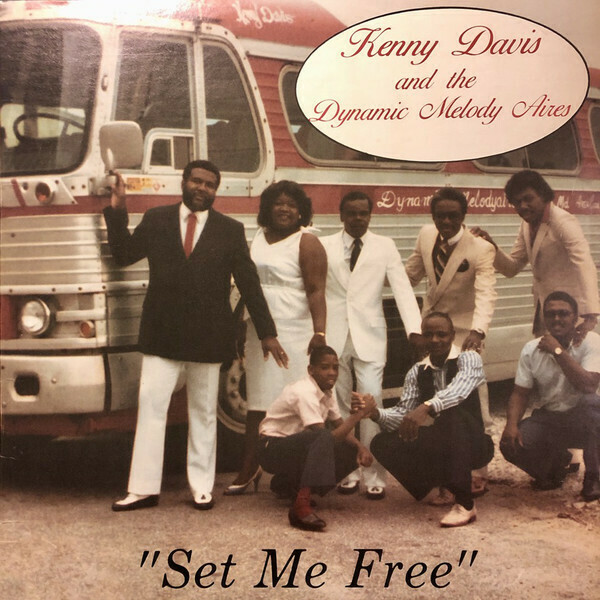 The Dynamic Melodyaires was organized in Baltimore, Maryland in 1964 by three talented and anointed brothers June, Kenny and Harold Davis. The other original singers were Bobby Bullock, Norwood Pope, Dave Benton, Robert Williams, Johnny Talbot, Cookie Burrows, Sam Pinkney, DeWight Pinkney, Helen Womack, Sherman Womack, Paul Davis and Norman. Singing in the churches and auditoriums throughout the United States, the Dynamic Melodyaires has truly been blessed and is a blessing to the Gospel music industry and the City of Baltimore. In 1979, they recorded their first album "Kingdom Land" on Robinson Records in New York, which became so popular it took this remarkable group to heights they never imagined. It made them the 1 Gospel group in Baltimore, a title they still hold today. Their notoriety provided them with guest appearances in concerts featuring such Gospel greats as James Cleveland, Evangelist Shirley Ceasar, The Mighty Clouds of Joy, The Gospel Keynotes, Willie Banks, the Swanee Quintet, The Pilgrim Jubilees, The Jackson Southernaires, The Williams Brothers and many, many more. They are nationally known appearing in such cities and states as Tennessee, Mississippi, Indianapolis, Chicago, Ohio, New York, New Jersey, Connecticut, Philadelphia, Delaware, Virginia, North and South Carolina, Georgia and the entire State of Maryland including up and down the Eastern Shore. The Melodyaires have received numerous awards, letters of congratulations and certificates of appreciation from the offices of the Mayor, The Citizens of a Better America, The State's Attorney and other honorable mentions from other city and state agencies. They have recorded several albums through the years; in 1982 "We Will Serve the Lord" on HSE Records; in 1985 "Set Me Free" on Atlantic Records; in 1987 "Praise His Name" on Black Label Records, in 1990 "Glory To His Name" on Harbor Lights, Inc. and in 1996 "I'm Going Through" on Sounds of Soul, Inc. A new CD "What Goes Up Must Come Down" produced by Minister Timothy Moore will soon be released. The group has made a few changes since they were first organized, but the sound is still uniquely the Melodyaires. Out of Melodyaires were singers such as Michael Cooke presently singing with the Mighty Clouds of Joy and Keith Johnson of the Spiritual Voices. They are still ALIVE, still SINGING the Gospel, still 1 and are still DYNAMIC!!!!.