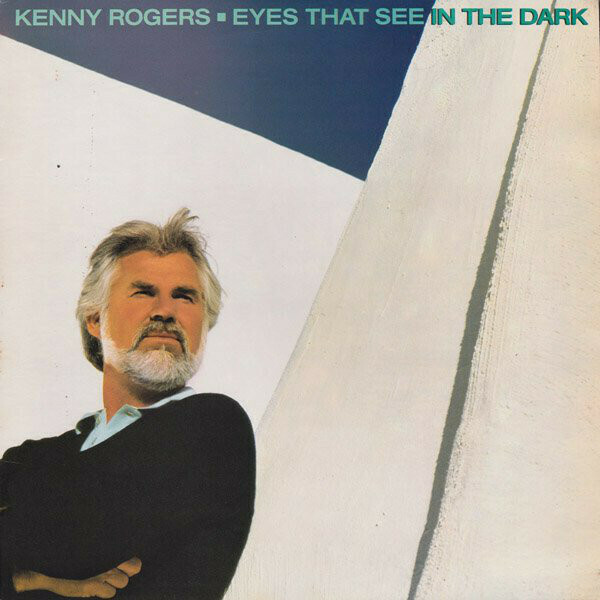 Eyes That See in the Dark is the 15th studio album by Kenny Rogers, first released by RCA Records in August 1983.

Eyes That See in the Dark marks Barry Gibb's third production project of the 1980s outside of the Bee Gees. Gibb wrote most of the songs that were more reminiscent of Rogers' days with the First Edition.

Just after Barry Gibb contributed producing the Heartbreaker album, he and Rogers met later in the year and it was then that Rogers asked about some songs, and one of those songs was the title track. The other songs in this album were written in late 1982 and recorded in early 1983. Gibb recorded demos for Rogers while working with the Bee Gees for the 1983 film Staying Alive until April 1983, as Rogers started to record this album in May the same year.

The finished instrumental tracks were dubbed onto the demos, and some of the guitar, bass, and synthesizer on the demos are heard in the completed mix. Ron Ziegler had to dub drums exactly in time with the drum machine used on the demos. Some of the musicians had also played on all of Andy Gibb's albums, Tim Renwick, George Terry, and Ron Ziegler. Barry and Maurice Gibb with Albhy Galuten appear both from the demo tracks and new recordings. "Islands in the Stream" was not a duet and Rogers was not happy with the recording. Only after Dolly Parton was brought in and recorded the song as a duet did it take off.

The producers at the vocal dub sessions were surprised by Rogers' laid-back approach. He had kept the song demos in his possession for a period of time, but still needed to read lyric sheets while singing. He also, in Galuten's opinion, was just copying Barry's vocals instead of making the songs his own, a comment for which Galuten was banished from the rest of the vocal dub sessions. Kenny recalls it differently, that the producers urged him to sing them like Barry. At any rate, his vocals do follow Barry's closely.

The Gatlin Brothers contributed background vocals on "Buried Treasure" and "Evening Star", though Barry and Maurice Gibb's backing vocals can be heard, as the demo was mixed into the final version. While the three members of the Bee Gees: Barry, Robin & Maurice Gibb did the same on "Living with You".

The album, Rogers' first for RCA Nashville, was issued while his previous effort on Liberty Records We've Got Tonight was still in the charts and had to compete with singles from that still being issued by his previous label.