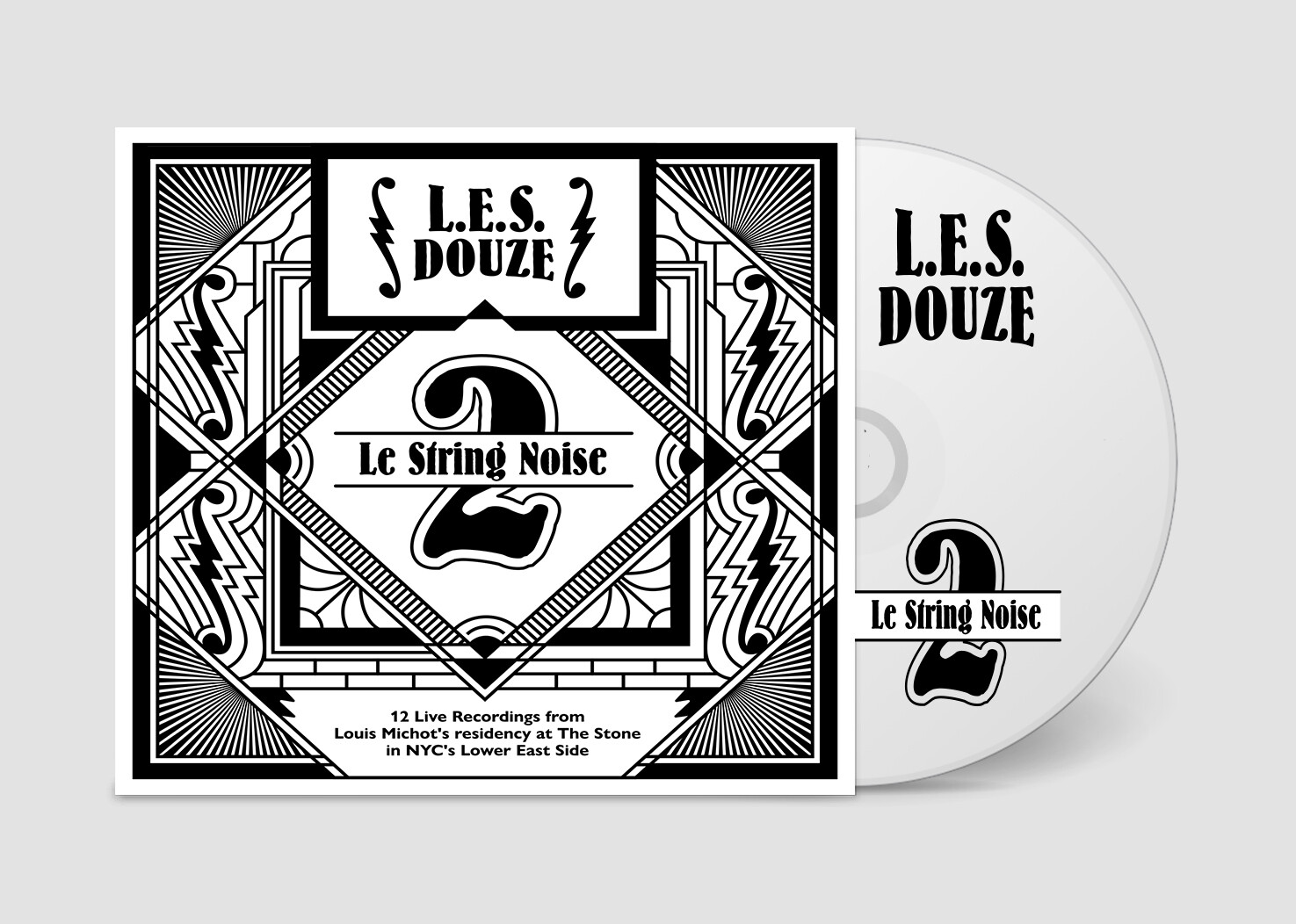 Le String Noise are responsible for the second release from a series of 12 live recordings made during Louis Michot’s residency at The Stone on the Lower East Side of Manhattan in late Spring, 2016. Le String Noise, a collaboration between violinists Pauline Kim and Conrad Harris of String Noise, cello player/vocalist Leyla McCalla, and fiddler/vocalist Michot. Recorded by Michot’s bandmate in Grammy winners Lost Bayou Ramblers, Kirkland Middleton, L.E.S. Douze Volume 2 is being released by Nouveau Electric Records on CD, as a digital download and via streaming services on April 17, 2020.

In 2015, Louis was invited by The Stone’s artistic director John Zorn to perform a residency at this experimental music venue that has no bar and allows no talking during performances, a room where the music is the sole focus. Each artist residency consists of 12 shows in 6 days, a simultaneously retrospective and explorative series of performances, each unique.

Michot started his residency on May 31, 2016, performing with Les Freres Michot and Lost Bayou Ramblers, his family bands, and ended June 5 with a set featuring French icon Charlelie Couture and one of solo a capella renditions of the Cajun-French ballads of Ethel Mae Bourque. In between came such presentations as: Le String Noise; music from the score of the film Beasts of the Southern Wild; Pogues vet Spider Stacy’s Poguetry; and the fiddle-drum duo Pilette’s Ghost, among others.

The Le String Noise collaboration began when the Violent Femmes’ Gordon Gano introduced Louis to Pauline and Conrad, and they decided to work up a set of Femmes tunes.

Pauline Kim and Conrad Harris’ String Noise is a classical, avant-punk violin duo created in 2011 at Ostrava New Music Days. They soon established a repertoire of over 50 compositions and began working with multimedia art, electronics, video projections, opera and dance. Their first album The Book of Strange Positions was a collection of original works and arrangements of punk covers by Bad Brains, Violent Femmes, Deerhoof, Radiohead, and Black Flag. They also released a 7” inch EP “Covers” produced by Deerhoof drummer and composer Greg Saunier.

Leyla McCalla is a New York-born Haitian-American living in New Orleans, who sings in French, Haitian Creole and English, and plays cello, tenor banjo and guitar. Deeply influenced by traditional Creole, Cajun and Haitian music, as well as American jazz and folk, her music is at once earthy, elegant, soulful and witty . She is a founding member of Our Native Daughters & alumna of the Grammy award-winning Carolina Chocolate Drops. Her most recent solo album is 2019’s critically acclaimed Capitalist Blues.

Fiddler/vocalist Louis Michot is most widely known as the frontman for Grammy winning Cajun band Lost Bayou Ramblers. He was recently featured on Rosetta Stone as a purveyor of the Louisiana French language and named Louisianian of the Year in 2020.