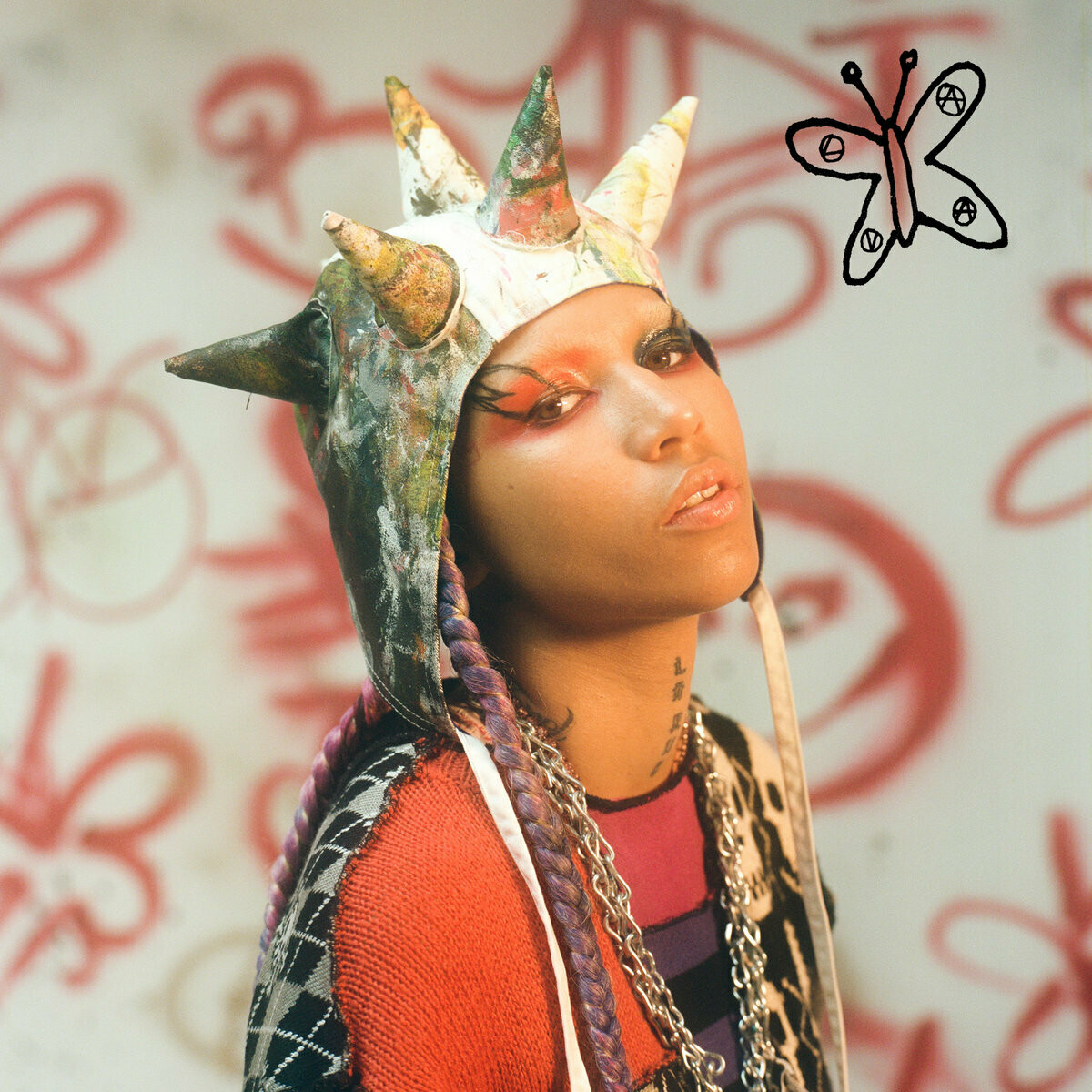 Butter-Fly showcases Lava’s incredible dexterity as an artist - flitting between a honey-tinged vocal and trademark rap flow. A collection of queer love songs in various guises, Lava takes us on a journey of her sonic capabilities; from the 2020 dream-like intro “Magpie” , through the 2020 love ballad “Goofy Hearts”, to the psychedelic pop of “Lift You Up” ft. Karma Kid.

Fans will be overjoyed to have a solid body of work from Lava and the first collection of tracks since 2019’s STITCHES mixtape. A truly matured sound, Lava’s Butter-Fly is an iconic moment for the young star, who is truly cemented as a firm one to watch for 2021. Without a doubt, one of the UK’s most exciting artists, Lava’s success far outweighs their young years. The West London musician has seen themself collaborating with, and recognised by, the likes of COLORS Berlin, Converse, The Tate, ELLE, Noisey, The Guardian, Dazed, British Vogue, i-D, Crack, Aries, Henry Holland, Tyler The Creator, Calvin Klein, Aries and more.

A true creative, and multi-hyphenate talent, musician, singer and artist, Lava La Rue has been making music for the past few years as both herself, and a part of her collective NiNE8. It was only two years ago that she began a true journey of creative releases, with her debut single “Widdit” flooring critics - a song that went on to feature on the coveted COLORS. Since then, her catalogue has gone on to accumulate millions of streams.

As the founding member of the creative group NiNE8, Lava has curated incredible projects across the worlds of art, music and fashion- perhaps most notably a show at Men’s Fashion Week, and a TATE Modern “LATE” takeover. Lava is setting the pace, with her motivated, all-encompassing creativity - introducing herself to new fans, old fans and critics alike.
An incredible performer, Lava is set to announce new dates for 2021. Having sold out her solo shows and after supporting 070 Shake, Christine and the Queens, Clairo, not to mention hosting a party takeover with Tyler The Creator, Lava is set for world domination.
Save this product for later
Display prices in: USD