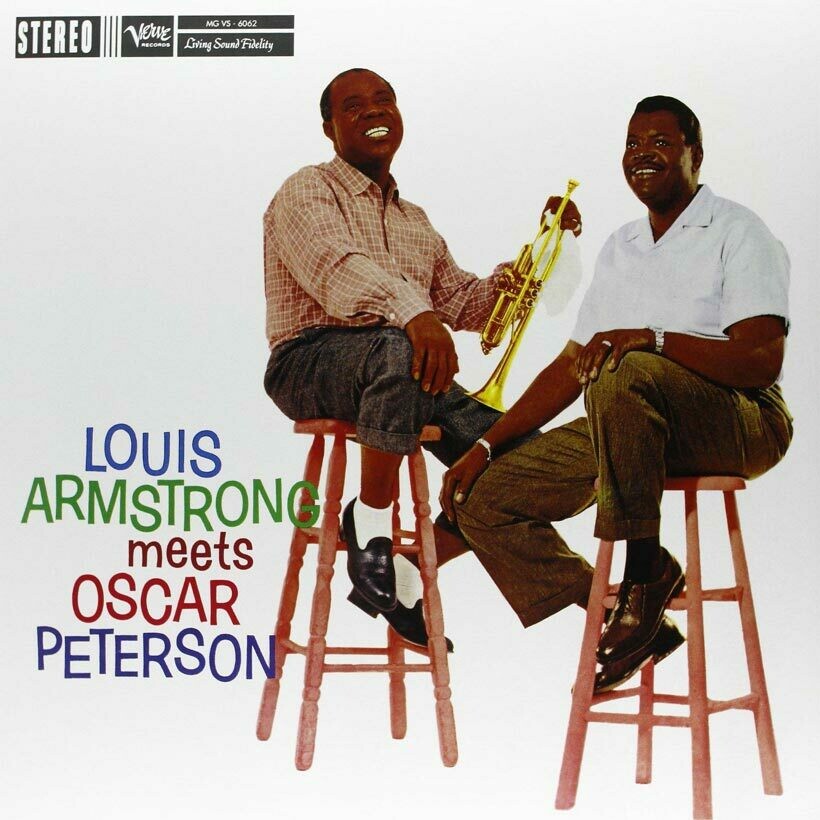 In the mid-1950s, Armstrong signed a non-exclusive contract with Norman Granz; five resulting projects, including this album, were the finest work of his later career. His All-Stars were now a good professional outfit with fairly static repertoire; on Meets Oscar Peterson the trumpeter played many songs he’d never recorded before, ones he wouldn’t record again. This reissue includes alternative takes from the session, plus four solo Louis tracks from his session with Ella Fitzgerald, for the same label and year.

This album is excellent for examining Armstrong’s influence on Billie Holiday. Among songs previously unrecorded by him are ones that she interpreted – notably I’ll Never Be The Same, and You Go To My Head. He was her most important influence – by adjusting the pitch on Armstrong’s and Holiday’s versions of Yours And Mine, Phil Schaap showed the similarity in phrasing.

Thomas Brothers, in his remarkable book Louis Armstrong: Master Of Modernism, comments that “It is less an interpretation that [Louis] offers than a slapping, twisting, caressing, and totally unpredictable manipulation of the song”. He “exposes his inner world, but never for very long and never with fixed meaning” – there’s an ironic distance, though “cool detachment never comes across as disaffection”. In his swaggering exuberance, he riffs on the song – as Brothers puts it, there’s a “quicksilver playfulness … a new realm of expression that is hard to pin down”. Billie, in contrast, does interpret a lyric – with greater emotional depth, miraculously so in the case of triter material. She lives the sometimes banal lyrics, making art music from some low-grade materials. There’s no song on this album as poor as Sweethearts On Parade, and consequently nothing for Louis to send up in the same way; Billie never sent up songs, however inferior.

Just One Of Those Things shows Armstrong at his freest, at mid/uptempo with the vocalist apparently effortlessly, lazily behind the beat. I’m reminded of Miles Davis’s comment” “You can’t play anything on a horn that Louis hasn’t played … even modern”. As on similar dates with Coleman Hawkins or Lester Young, Oscar Peterson is surprisingly self-effacing, taking no solos but providing excellent accompaniment. A Desert Island disc!