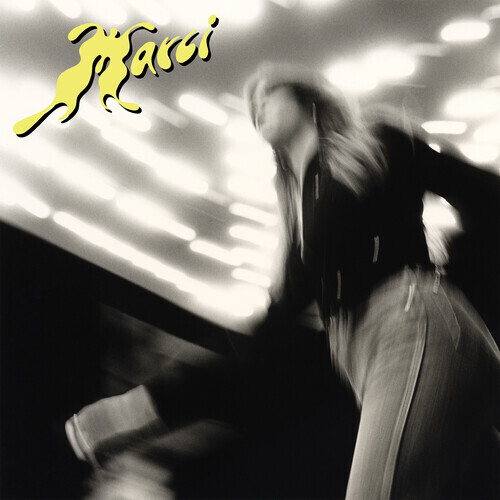 SKU 400000344621
$19.98
In stock
1
Product Details
A great pop record is like a great friend: an intimate confidante, a shoulder to cry on, and a partner in crime when you're ready to get dolled up and dance the pain away under the disco ball (or in front of your bedroom mirror.) That's what you'll find on MARCI, the solo debut from Marta Cikojevic of Montreal soft-rock group TOPS, who steps out on her own in self-assured style with a guileless collection of synth pop songs that brim with unabashed sincerity. The confidence of this debut belies the fact that Cikojevic has never formally written songs before, though she's been a student of melody since her childhood in rural Ontario, when she would sing along to the radio pop divas du jour, perform in the church choir, and participate in piano recitals. The middle child of five sisters, Cikojevic describes herself as a shy singer at home, who would instead seek out secret spots-the forest behind her home or a broken down van on their property were favorites-to practice her singing and record the songs she would make up herself into a handheld recorder. She was encouraged to do so by her grandfather, a refugee from the former Yugoslavia, who would sing and record both original songs and traditional Croatian folk songs on a cassette dictation machine-she still has some of the tapes they made together. Eventually she would make her way to Toronto where she played in several groups before joining TOPS as a keyboardist in 2017 and moving to Montreal. When she decided to make a solo record, it was a given that she'd work with her TOPS bandmate David Carriere, describing him as "a great pop writer" who shared her vision for what she wanted to achieve with her music. Carrierre and Cikojevic approached MARCI with the idea that they wanted to craft hits-songs that were catchy and danceable while still being emotionally honest and down-to-earth. The record was put together over the course of a year in a Montreal apartment reminiscent of a 1993 pawnshop, full of synthesizers and obscure instruments dating back to the 1980s. The songs were written on Rhodes and bass and then fleshed out with harmonies, guitars, samplers, and FM and analogue synthesizers-and a little help from their friends. Rounding out the band on MARCI are Mitch Davis, Rene Wilson, and Austin Tufts (Braids) on drums, and Chloé Soldevila (Anemone), Adam Byczkowski (Better Person), and Jane Penny (TOPS) on backing vocals. MARCI kicks off with the luxuriant "All Of Your Love," setting the stage with inviting washes of synth that feel like silk on the ears. It then flows right into "Immaterial Girl," the first bonafide banger on a record packed with them, and a song that cheekily disavows obsession with the superficial trappings of success-Marci only wants real things, please. "I bet all my love on feeling better," Cikojevic declares over a funky riff from her trusty Rhodes piano, the warmly familiar sound of which is a driving force all over MARCI. Like a lot of classic pop, much of MARCI is focused on the ups and downs of love. "Entertainment" is a straightforward song about the cat and mouse game of lust that uses an irresistibly '80s-tinged mix of synth arpeggios and smooth saxophone runs to emphasize the song's inherent sense of friskiness. "Do you get off on my type?/ Maybe it's the saxophone," she sings playfully. Cikojevic's velvety vocals are a focal point throughout the record, a compassionate companion whether she's having a laugh or relating tough truths sympathetically as on the minimal "Pass Time," a song about "getting stuck in repeating cycles and figuring out how to get out of them." Yet Cikojevic is always finding light in the darkness. On the sparkling "Play By Play," she zeroes in on the magical moment when a new person enters your life and washes away your post-break-up blues, her voice as bright as the emotions she's relating. "I wanted to make people happy. I wanted to make people feel like they could dance even when there was negativity," Cikojevic says. With a plethora of cool sounds at their disposal, including a rare 1970s Roland System 100 and Korg Poly-61, the songs comprising MARCI are thoughtfully arranged, with plenty of space allowing each element to shine independently. Sonically, the songs hover in the nebulous galaxy between analog and digital, often both in one song ("Immaterial Girl" has both synthesized and analog bass on it). The result is music that sounds warm and vintage, touching on musical hallmarks of hit songs of the past, but also sharply futuristic. Ultimately MARCI is about finding catharsis in all it's forms, whether it be through a crying session behind closed doors or the euphoria that hits when you hear your favorite song on the radio."Baby I would die/ Before I tell a lie," Cikojevic sings on lush closing track "BB I Would Die," a genuine promise from an artist who has delivered a musical statement so passionate and purifying that it just might make you want to text your own BFF some love at 4am after a night on the town.
Save this product for later
Display prices in: USD