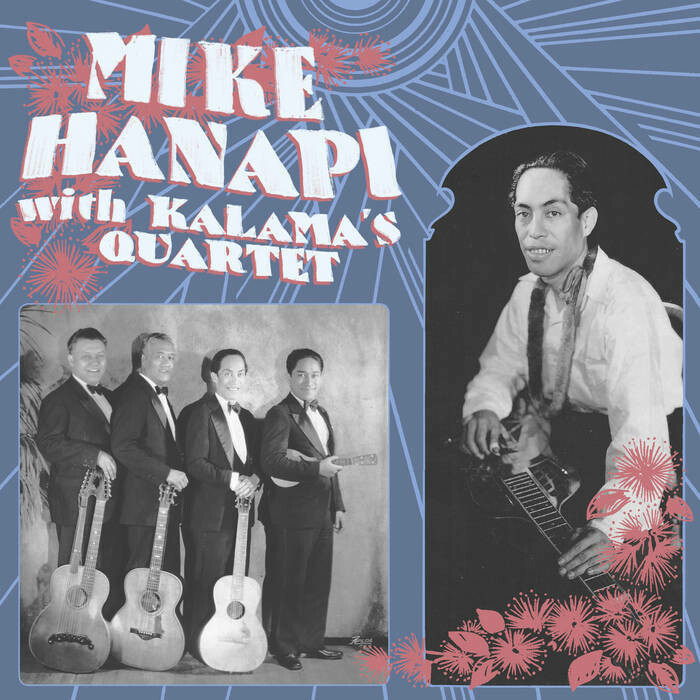 400000328782
$17.98
In stock
1
Product Details
Mike Hanapi was a brilliant steel guitarist and vocalist from Honolulu, whose recordings with Kalama’s Quartet and the Ilima Islanders remain among the highest peaks of early 20th century Hawaiian music. Truly peaceful, tranquil and unique.

Hanapi’s gorgeous falsetto voice is backed by lush harmony vocals, like a lonesome yodel floating above an oceanside choir. The purely acoustic instrumentation of lap steel guitars, ukeleles and harp-guitars weaves gently in and out of the vocal melodies, creating fluid and harmonious layers and achingly beautiful blue notes. While past reissues of Hawaiian music from this era have focused on “hot” and up-tempo material, this compilation is entirely dedicated to the peaceful, deeply emotional and lilting style in which Mike Hanapi and Kalama’s Quartet excelled.

Most of these songs have never been reissued on any format, and have been remastered from original 78 rpm discs by Tim Stollenwerk, with beautiful clarity and presence.