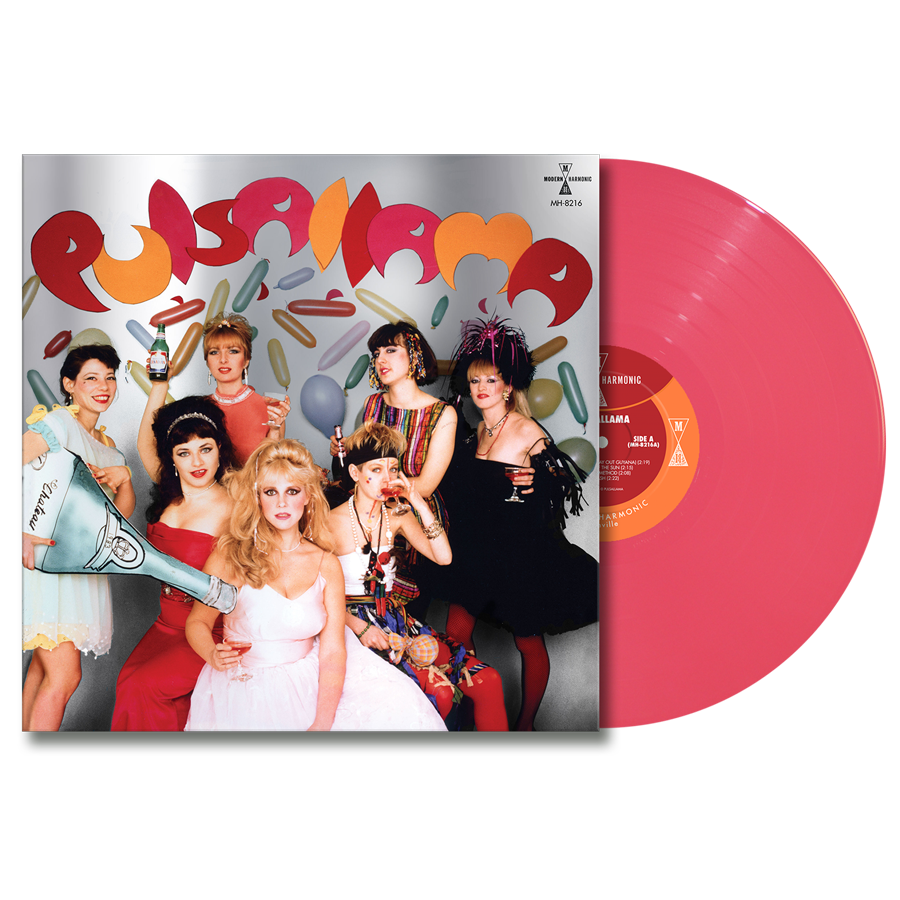 “Pulsallama is the sound of girls–laughing, shouting, chanting, teasing, screaming girls–who are as hip and as hot as only girls can be when they’re alone together.” - High Times (July, 1982)

The exotic, tribalistic sounds of seven women fighting over a cowbell! Infectious melodies, driving rhythms, and a pulsating beat that will have you dancing like no one is looking! Twenty minutes of ‘80s post-punk pleasure that marks Pulsallama’s first full length recording! Known for their bombastic, ritualistic shows at Club 57 on NYC’s Lower East Side featuring jungle style rhythms, dual basses, and an all out assault of percussive perfection, this album captures that energy in what’s oddly a 1983 French radio broadcast recorded live in a studio in NYC!?! Pressed on post-color black vinyl & featuring three supercharged versions of their most adored tracks that rival the originals, plus four more that are largely unheard.

In contrast to the more serious, sociopolitically-minded outlook of many acts of the post-punk era, Pulsallama fully embraced camp and kitsch, presenting as bizarro-world housewives in retro cocktail dresses and delivering lyrics with a darkly funny, tongue-in-cheek theatricality where no topic was off limits.

While the group was relatively short-lived, Pulsallama has remained an enduring presence in narratives of the downtown Manhattan music scene of the 1980s, from appearances on several compilation albums of punk-funk and mutant disco classics of the era that have been released in the decades that followed, to their inclusion in the major Club 57 retrospective exhibit that opened at the Museum of Modern Art in 2017, to the echoes of their untamed, anarchic clamor that can be heard in any number of contemporary femme-centered bands inspired by early post-punk and No Wave. The recordings on this album, recorded in a New York studio but previously only ever heard on a French radio broadcast in 1983, are a small glimpse into the unbounded possibilities that were being charted by those women fighting over a cowbell.