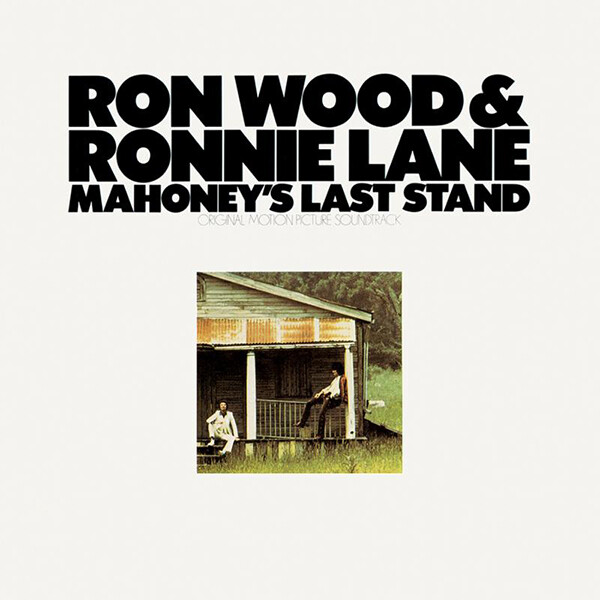 While its 1972 film counterpart may not be very memorable – likely due to its Canadian origins and its lack of a theatrical release – Mahoney’s Last Stand the soundtrack however, is built on a far more interesting story. Written and recorded largely by Faces bandmates Ron Wood (soon to be a member of The Rolling Stones) and Ronnie Lane, when lead vocalist Rod Stewart failed to show up for the sessions which would lead to their 1973 release, Ooh La La, this soundtrack would not actually be released until 1976, four years after the film. Since then, the record has been billed as the rarest entry in both Wood and Lane’s respective discographies, despite featuring the likes of Pete Townshend, Ric Grech; Fellow Faces Ian McLagan and Kenney Jones; Rolling Stones members Ian Stewart, Bobby Keys, and Jim Price; Micky Waller, and Bruce Rowland. Now, for the first time aside from when it was very briefly and limitedly pressed on CD, Mahoney’s Last Stand is receiving a proper modern reissue.

Opening with the slow and swaggering blues shuffle of “Tonight’s Number”, Mahoney’s Last Stand very well may have peaked with its strongest track. Given that it is a soundtrack, this makes sense as “Tonight’s Number” very much resembles that of an instrumental theme song which features crunchy guitars, robust horns, and soulful melodies. That said, the album continues to include soft vocals and rich harmonies on “From The Late To The Early”, “Chicken Wired”, and the incredible ballad, “Mona”.

Aside from the opening track, “Title One” makes a play for yet another incredible instrumental song which brings a sense of American blues and Muscle Shoals funk to life. Driven largely by a balance of horns and guitars, the simple song remains exciting due to its varying rhythmic accents from the band, and sparse yet sweet and tasteful lead guitar lines – something Wood truly does not get nearly enough credit for. It must also be mentioned the manner in which the band can keep the listener engaged over such lengthy yet simple instrumental tracks without the visual aid from the film. While progressive rock/metal bands do this regularly across overly complex tracks which force the listener to pay attention, Wood and Lane have found a way, especially on “Radio Music”, through the use of simple, subtle, and sublime variations, solos, and licks to keep the audience very much in tune as the song progresses.

While it’s a wonder how such a star-studded soundtrack has remained largely unknown for so long, it is an album best suited for lifelong fans of Wood, Lane, The Faces, and ‘70s soundtracks as it very much sounds less like an album than it does an audio accompaniment for a film. That being said, however, Mahoney’s Last Stand is still a gem in some regards. For starters, the songwriting is brilliant and showcases Wood and Lane at a period which is often referred to as a true creative peak for The Faces. Not to mention, the history of limited releases and reissues certainly makes this lost collaboration a far more exciting affair.