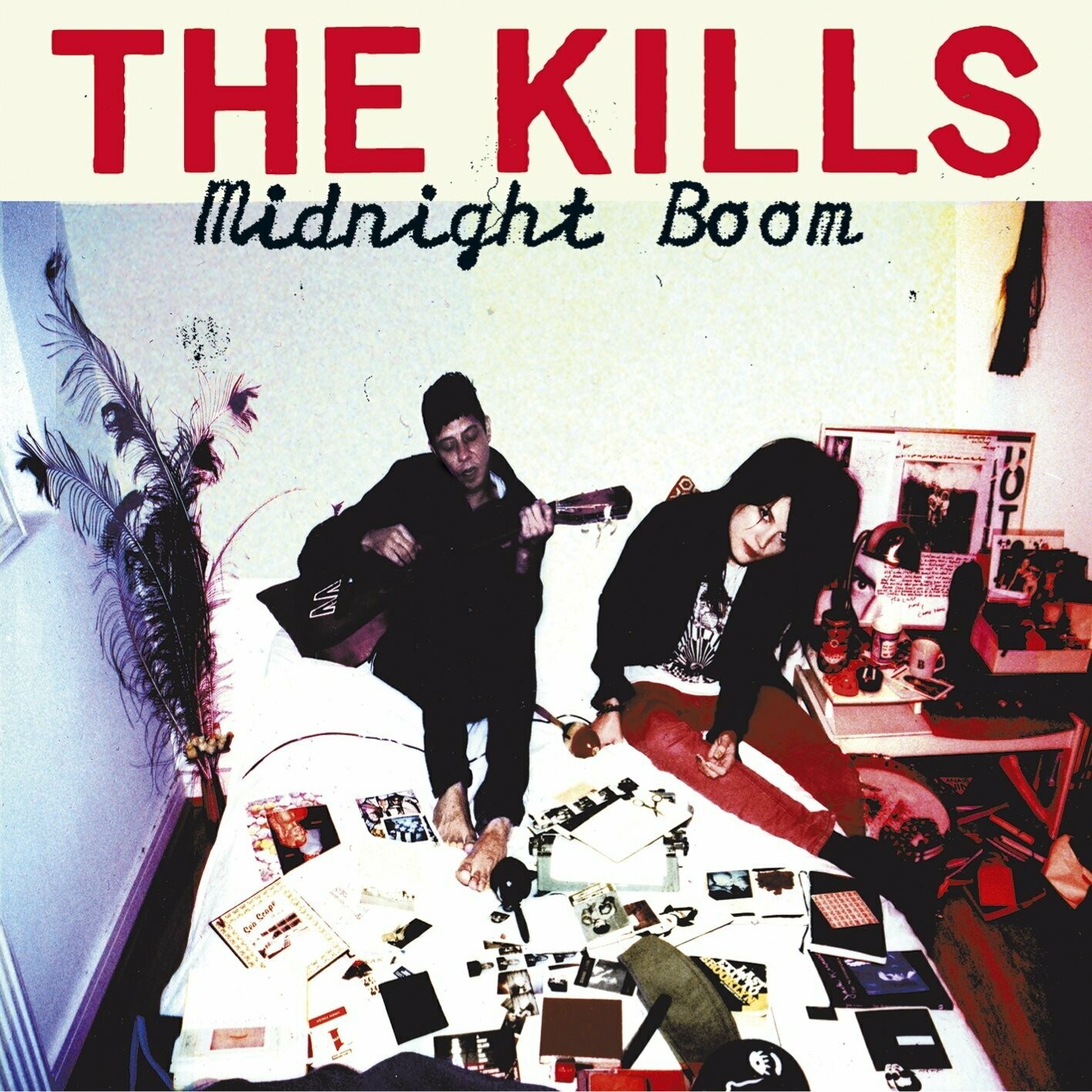 Midnight Boom is the third album by indie rock band the Kills, released on March 10, 2008, through Domino Records (March 17, 2008, in the United States). It was recorded at the Key Club Recording Company in Benton Harbor, Michigan.

This duo subtly and organically fuses pop, glam, blues, art-punk, and hip-hop in a manner that flits between light and dark, funny and morbid, experimental and cute. The result is a short, sharp twelve track album of sensual, fresh, and atmospheric songs. A reminder that no one on earth makes rock 'n' roll quite like The Kills. Previous albums "No Wow" and "Keep On Your Mean Side" have sold over 70,000.

Jamie "Hotel" Hince might have become tabloid fodder thanks to his relationship with Kate Moss, but the third album by The Kills, his band with American vocalist Alison "VV" Mosshart, does relatively little to tidy itself up for mainstream consumption. Midnight Boom is a typically lean set of makeshift punk-blues characterised by Hince's raw, Nick Zinner-style guitar, and Alison's bad-attitude drawl: see the opening "U.R.A Fever", a beat-up call-and-response number reminiscent of Royal Trux than sees Hince and Mosshart swapping sour quips over loping bass and drum machine thud, while "Cheap and Cheerful" sees Mosshart declaring "I want you to be crazy/'Cos you're boring baby when you're straight". The presence of producer Armani XXXchange of Baltimore hip-hop outfit Spank Rock means there's a greater emphasis here on rhythm, often of a synthetic nature: "Alphabet Pony" bumps along on robust, lo-fi drum kicks and bursts of primitive electronics, while "Black Balloon" is a slow-burner that toys with layered percussion built from hand claps, scrapers, and tapped snare. The Kills still have problems with a big, memorable chorus-assuming, indeed, that was ever their intention--but Midnight Boom is all about grit and grooves, and it does that just fine. Louis Pattison