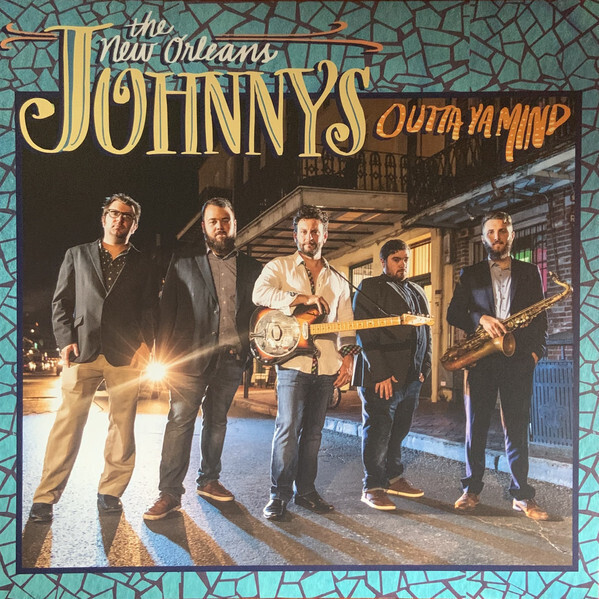 Don’t expect these New Orleans Johnnys to don seersucker suits, bowties and boater straw hats like those blue bloods you envision strutting around the Garden District. But do count on a massive injection of tightly crafted, action-packed hybrid of rock ’n’ roll, blues rock, funk and a dollop of swamp pop that rarely hits pause, not even for a New York second.

Guitarist/vocalist Harry Barton writes from his trials, tribulations, and indulgences of being a Crescent City resident for 15 years. By his admission, he writes only 40 percent of his songs and then unveils them to fellow Johnnys, Andy Bower (sax), Phil Arpa (sax), Andrew Szypula (drums), and Rex Marshall (bass) who flesh out the hard-hitting, interactive arrangements.

Though it’s all pretty catchy and party-mood friendly, the title tune is one of several contending for the album’s most killer track with butt-bustin’ horns and jammin’ keys. Yet, it’s not all about throwing it down. Occasionally, Barton’s theatrical flair creeps in, as evidenced by “This Story” that feels like a tropical musical with its swaying ambiance and the interweaving of female vocalists.

“The Ballad of New Orleans Johnny” is even a better example of Barton’s inner-playwright. With spry Dixieland horns and rollicking, New Orleans piano, the miscreant protagonist arrives at the pearly gates, only to opt out of ‘saintly life’ and return—gasp!—to New Orleans where he’ll remain eternally, perhaps as part of a tourist ghost tour.

The album was produced by Charlie Wooton and engineered and mixed by Mike Harvey of NOLA Recording Studios.

Just as the New Orleans’ music community has given to Barton, he returns the favor by donating a portion of the limited-edition vinyl proceeds to the Jazz & Heritage Music Relief Fund, a worthy cause in this pandemic era.