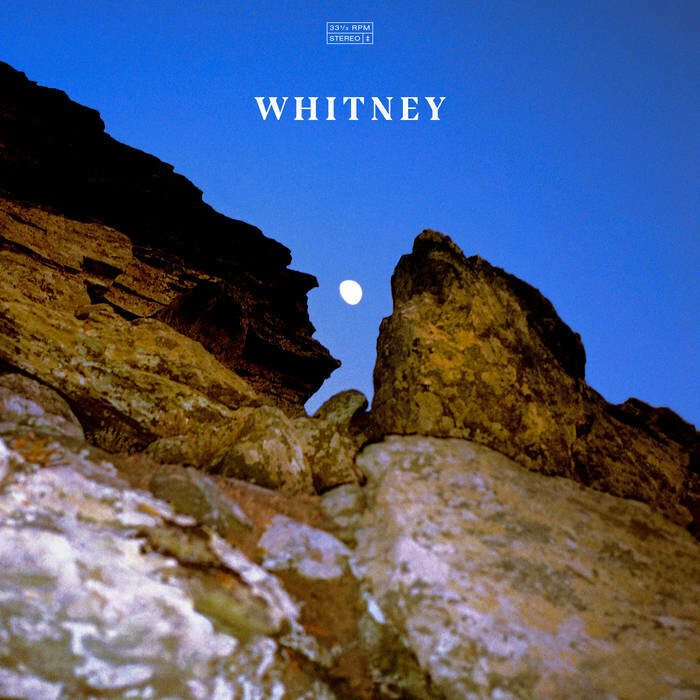 In the days of transient fandom and a cut and paste mentality to music, why on earth would you record a covers album? To take on a bunch of songs you love and cherish and add your own spin on them may sound like a fine idea in principle but, in practice, it very rarely works out, despite a few successes.

Chicago’s own Whitney likely posed themselves this very question when they began sketching out the idea for Candid, their brand new covers record. Luckily, for the indie-folk charmers, they are one of the few bands to have not only taken songs and performed them in their style but actually embody the songs. Why would you record a covers album? To prove that some music is purely timeless.

Put simply, it’s a prospect that not many people can argue with; record some songs everybody loves with a new angle on the tracks and put it out as a complete record. However, the craftsmanship and curative techniques the band used not only meant they selected some fantastic songs to cover but also that they performed them in an entirely unique way.

“This could’ve been as simple as saying we really love these songs and we love our bandmates and making a covers record just felt right, but it truly became an exploration into how we can evolve as a band going forward,” the band’s drummer and singer Julien Ehrlich explained to Gigwise.

There are covers from across the musical spectrum here. Whether it’s the 1990s R’n’B from girl-group SWV or John Denver’s country standard ‘Take Me Home, Country Roads’, Whitney bring a freshness to each of the tracks which remarkably are just as enjoyable as a play-through listen as they are on an individual basis.

Perhaps one of the highlights on the album is the group’s cover of David Byrne and Brian Eno’s electric-gospel gem, ‘Strange Overtones’, which Whitney released as a single earlier this month. Guitarist Max Kakacek said of the track and it’s now-iconic piano solo: “The most fun part of recording this was figuring out the solo. Malcolm [Brown] slayed it on the piano and having him tackle it made so much sense even though this is the first time we’ve ever had a keys solo on a recorded track.

“I remember after his take, which killed, he said, ‘I went into it thinking Bruce Hornsby but I came out of it thinking Bruce Springsteen’.” Whitney discovers on this record that sometimes singing the sentiments of others can allow one’s own feeling to truly blossom and be seen in a brand new light.

Candid has been titled with some insightful accuracy. Whitney are open and honest on every moment of this record. Open about the music they love, open about the way they interpret that music and, perhaps most importantly, open about their love of music on a whole.

If there’s one answer we can give to why a modern band would want to produce an album of ten covers then we think it may well be, to share the joy you’ve found in music with another. Whitney are just doing it on a much larger scale. -faroutmagazine.co.uk