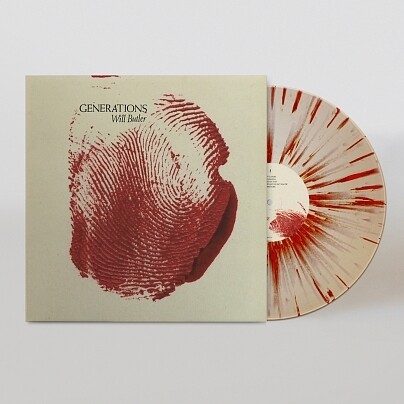 “My first record, Policy, was a book of short stories,” Butler says. “Generations is more of a novel—despairing, funny, a little bit epic… A big chunk of this record is asking: What’s my place in American history? What’s my place in America’s present? Both in general—as a participant, as we all are, in the shit that’s going down—but, also extremely particularly: me as Will Butler, rich person, white person, Mormon, Yankee, parent, musician of some sort, I guess. What do I do? What can I do? The record asks that question over and over, even if it’s not much for answers.”

Generations was recorded and produced by Butler in the basement of his home in Brooklyn. Tracking finished in March 2020, as New York closed down for the pandemic. Half the record was mixed in Montreal by longtime Arcade Fire engineer Mark Lawson, the other half by Brooklyn-based producer Shiftee.